To some, November 11 is just your average Monday. But if you are in China, 11/11 is so much more: it is Alibaba Singles’ Day! Why does Alibaba get its own holiday? And why just singles? These answers to these questions and more lie buried deep in history…

According to legend, Alibaba Singles' Day began in 1993 in a Nanjing University dorm room. Four single college guys sat brainstorming how to overcome the monotony of singlehood, and WHAM!
Chinese Singles' Day was born. The group chose the date 11/11 because it consisted of four 1's—that is, four singles.Since that fateful day, Singles' Day has grown and morphed, taking on many incarnations along the way. Initially, 11/11 was a popular time for single people to meet and party together in a celebration of singlehood.It grew from being celebrated mostly by men to being celebrated by both sexes. 11/11 became a popular date for weddings as well.However, the last decade has seen Chinese Singles' Day take on almost a completely new identity: the largest online AND offline shopping day in the world!Over the last several years, Singles' Day sales on online platforms exploded, surpassing the US's Black Friday and Cyber Monday four-fold.Moreover, in 2017 Alibaba broke the world record for most transactions in 24 hours!In what was undeniably a brilliant marketing move, in 2012 Alibaba trademarked the phrase "双十一 shuāng shíyī" (Double Eleven). The world as we knew it would never be the same. 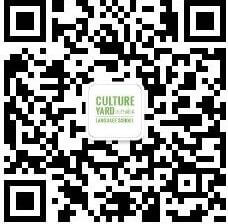