A Chinese proverb goes, “You will never be punished for making people die of laughter.” Indeed, makers of Chinese comedy films have frequently tested the very limits of that saying in pursuit of the latest big screen sidesplitter.

In keeping with the accelerated nature of contemporary China, Chinese comedies have rapidly cycled through various styles and trends. The “New Year’s comedies” of perennial hitmaker Feng Xiaogang – The Dream Factory 甲方乙方 (1997), Be There or Be Square 不见不散 (1998), and Sorry Baby 没完没了(1999) – offered a template for providing relief from the daily grind while cleverly ridiculing the status quo. A bevy of inspired filmmakers, stars, and comedy troupes followed, often mixing postmodern and traditional elements to crowd-pleasing effect.

Comedy is arguably the most subjective of genres, but there should be something here to tickle everyone’s funny bone.

Pratfalls abound in the earliest extant Chinese film which revolves around a carpenter-turned-fruit seller (Zheng Zhegu) striving to impress a doctor (Zheng Zhengqiu) in order to marry his daughter (Yu Ying). The need for social mobility and the cultural significance of filial piety provide the impetus for a charming piece of silent slapstick in the style of Buster Keaton. 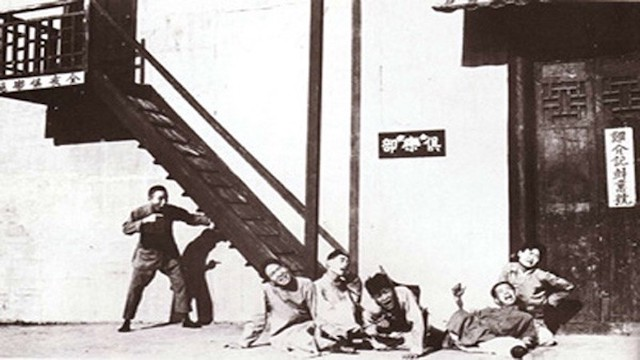 A comedy of manners ensues when the white lies told by a Shanghai housewife (Jiang Tianliu) to help family members instead disrupt her marital and financial stability. This bittersweet take on middle-class follies is adroitly scripted by renowned novelist and essayist Eileen Chang, although her satirical tone was reportedly tempered by director Sang Hu. 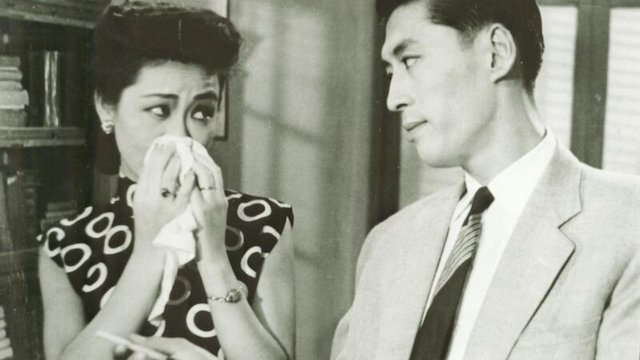 Bureaucratic authoritarianism is skewered when the simple task of finding a missing chess piece threatens to scupper a major construction project due to misunderstanding and paranoia. Huang Jianxin’s sly satire is positively Kafkaesque in illustrating the problematic convergence of business and ideology, while the droll humor is complemented by matter-of-fact presentation. 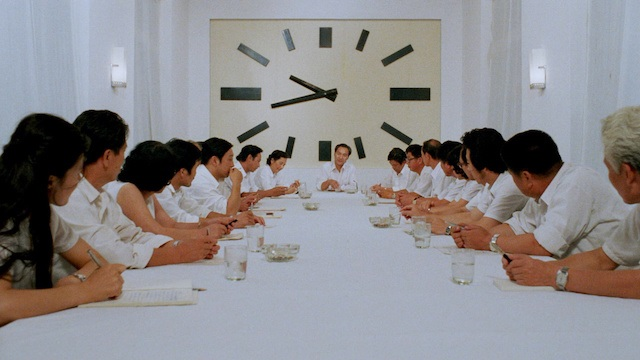 A loose-limbed hangout movie wherein three underachievers (Zhang Guoli, Ge You, and Pan Hong) start a company that solves other people’s personal problems with clients ranging from a cuckolded husband to an underappreciated writer. Terrific chemistry between the leads and a freewheeling vibe ensures enjoyable hijinks around the bustling streets of 1980s Beijing. 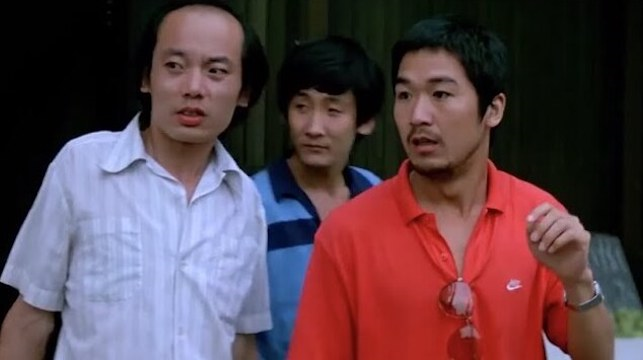 Given that Zhang Yimou rarely dabbles in comedy or contemporary narratives, Keep Cool is an invigorating outlier. It’s the atypically frenetic tale of a bookseller (Jiang Wen) whose attempt to win back his ex-lover (Qu Ying) infuriates both her nightclub owner boyfriend (Liu Xinyi) and the hapless bystander (Li Baotian) who is unwittingly dragged into the chaos. 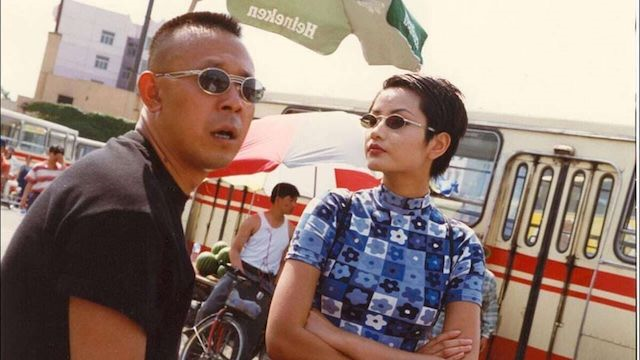 Feng Xiaogang’s knack for popular humor has made him one of China’s most successful directors. This chucklesome outing concerns a coach driver (played with customary everyman charm by Feng’s regular leading man Ge You) whose efforts to extort overdue wages from his boss (Fu Biao) get increasingly elaborate when the tight-fisted enterpriser refuses to pay up. 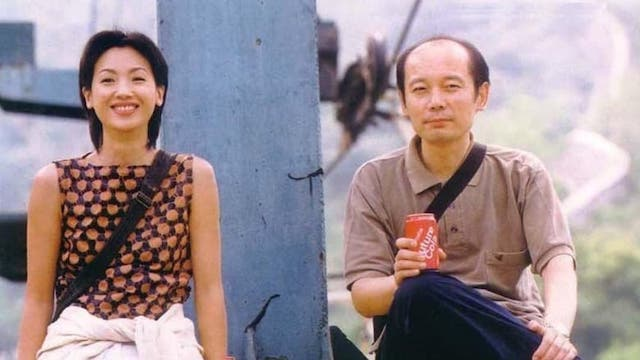 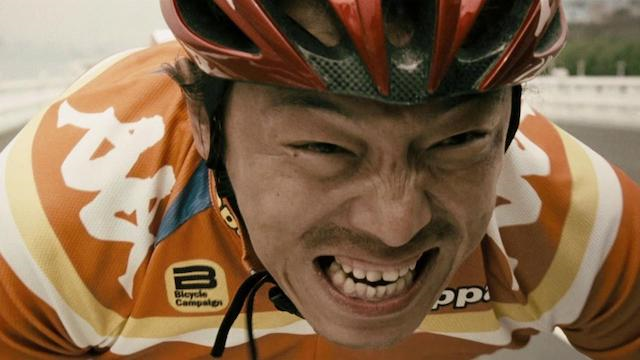 This uproarious travel comedy became such a box office phenomenon that it prompted an industrial shift from lavish historical spectacle to lighthearted fare. Director-star Xu Zheng mines broad belly laughs from anticipated cultural differences but makes sure to stay on the right side of Thailand’s tourist board by incorporating local festivities and some gorgeous vistas. 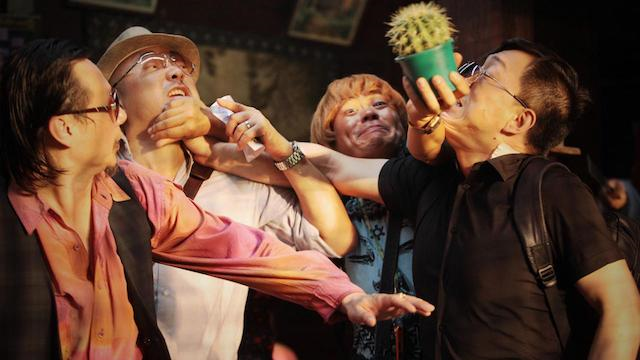 A sparsely populated industrial town in northeastern China becomes a stage for absurdity in this offbeat black comedy. Utilizing framing devices that recall Aki Kaurismäki and a cast of non-professional actors, Geng Jun has a sketchy soap salesman, a Buddhist monk, a Christian simpleton, and a pair of local cops crossing paths in delightfully deadpan fashion. 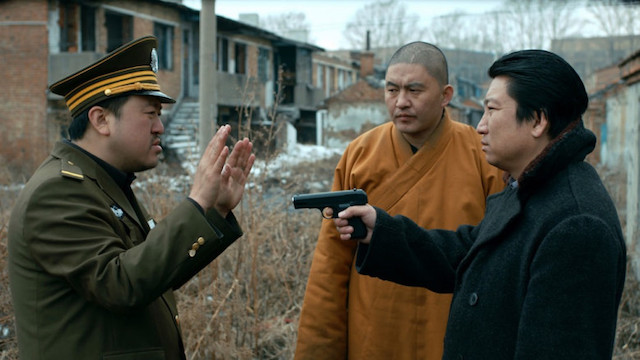 When participants in a corporate team-building exercise find themselves stranded on a desert island, conflicting attitudes see them splintered into two camps. In his directorial debut, comedy star Huang Bo uses a survival story premise as the springboard for an acerbic and visually imaginative allegory for the shortcomings of communism with capitalist characteristics. 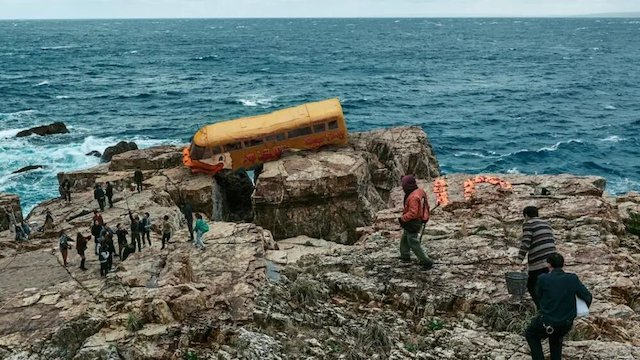 If want to know more Chinese movies, check out this list of great Chinese action films.

Want to improve your Chinese so that you can watch these Chinese films without subtitles? Sign up for Chinese classes!