Watching Chinese movies is a great way to learn Chinese. Why? We're about to tell you!

There are lots of recommendations out there for the best Chinese movies to learn Chinese, but a lot of them just have the classics! In order to make the most out of your time when watching Chinese movies to learn Chinese, you should also make sure you’re keeping up to date with the new ones - as well as the older flicks! This way you can make sure you’re keeping up with the latest in Chinese cinema and can chat away about the movie with your Chinese buddies, as well as stay in tuned with the must-see Chinese movies.

So here’s our list of the best Chinese movies to learn Chinese, and, with a little help of some cheeky Mandarin lessons, we’re sure you’ll improve your Chinese in no time!

Feel like your Chinese level isn’t good enough to watch Chinese movies to learn Chinese? It’s never too soon! Even if you haven’t even started formally studying Chinese you can still use Chinese movies to get familiar with the sounds of the Chinese language, and maybe pick up a few words!

Despite what you might think, Chinese cinema is pretty diverse. It’s more than just Jacky Chan and martial arts! You can enjoy a variety of Chinese movies - from romance to dramas, cartoons to horror, whatever your preference.

Why is it a good idea to watch Chinese movies to learn Chinese? There are many different ways you can study Mandarin Chinese. Reading books, writing, vocabulary drills, listening material, speaking to the natives… But in order to learn fluent Mandarin, you have to have a combination of all of these skills: Reading, writing, speaking and listening. That’s where watching Chinese movies to learn Chinese comes in handy.

If you’re learning Chinese in China, you will be listening to Chinese subconsciously all day. Unless you have this environment, it will be very difficult to gain a good level of Chinese. Especially since many of the sounds are different from the English language, and don’t forget those all important Chinese tones that every Chinese learner loves..! Even if you are learning Chinese in China, watching Chinese movies to learn Chinese is still a big help since you will be actively listening - not just passively!

Learn subconsciously - study doesn’t have to be difficult. Learning from textbooks, you will be learning exactly what you’re trying to learn. (Hopefully!). Learning Chinese from movies means that you’ll also pick up some stuff that you didn’t exactly intend to learn, but that may be super useful later on. This is particularly so for colloquial Chinese, or Chinese that’s spoken day to day but that may not be top of the syllabus.

This will really help you out when you travel to China and most of what you will be using are those key phrases you’ll hear repeated often in Chinese movies. This is an extra plus if you come to China and try to make Chinese friends. Make them laugh with some interesting colloquialisms you may have picked up!

So you’re learning Chinese? With many accents and dialects throughout China, learning putonghua alone is often not enough.

Get used to the many accents throughout China by watching Chinese movies from different parts of China. There are many differences in the sound of the Chinese, as well as the words and phrases they use. Even if you’re planning to travel just a small part of China, chances are you’ll come across people from all over the country. It’s a good idea to get used to the different accents in China so you don’t get a big shock and think that your Mandarin is really bad when you first try to understand things in Beijing… The accent here is pretty strong!

You may find that you prefer a certain accent or dialect, and you can concentrate on this one if you like the sound of it.

(I’m a big fan of Taiwanese dramas and movies. I recently went to the south of China for travel and, despite learning Chinese 100% in Beijing, I seem to have picked up a distinct Taiwanese / southern Chinese accent. This was mentioned to me a few times by the locals! A Taiwanese accent is generally much softer than other Chinese accents.)

You can find out a whole lot about various aspects of Chinese history and culture through a variety of films and documentaries - many can be a bit complicated and technical with the language though, so you might want to use English subtitles for them, depending on your Chinese level.

You can also learn about modern China and Chinese culture in general. I first noticed this when I started watching Chinese movies after I moved to China and started learning Chinese. Many aspects that I found odd about Chinese culture after I moved to China I noticed popping up in Chinese movies… and suddenly I started to understand more. Watching Chinese movies is a great way to understand how people behave, what’s a normal reaction to certain things for the Chinese, and what they view as interesting or important. For example, people using phones during dinner, couples fighting in the street, and the importance of physical objects - all of these things are very apparent in recent Chinese culture, and also very apparent in Chinese movies! A great way to prepare for a move or trip to China...

Apart from this, using Chinese movies to learn Chinese is a perfect way (/excuse) to study and relax at the same time. Tired of reading those books and going through vocab drills, and can’t bear to write another character stroke? Look no further! Watching a Chinese movie to learn Chinese means you can relax, without feeling (too) guilty.

So, what’s the best way to use Chinese movies to learn Chinese, you ask?

How to use Chinese Movies to Learn Chinese 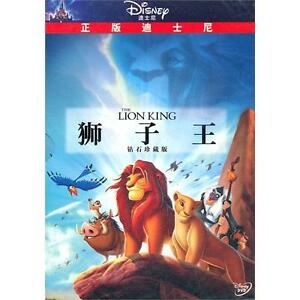 How can I watch Chinese Movies?

The best way to watch Chinese movies is by using Chinese media such as YouKu - China’s answer to YouTube. You can also use the iQIYI website and app, which is free with a VIP feature. This is China’s Netflix. It’s all in Chinese though, so you may want help from a Chinese friend or teacher the first few times you use it, depending on your Chinese level. 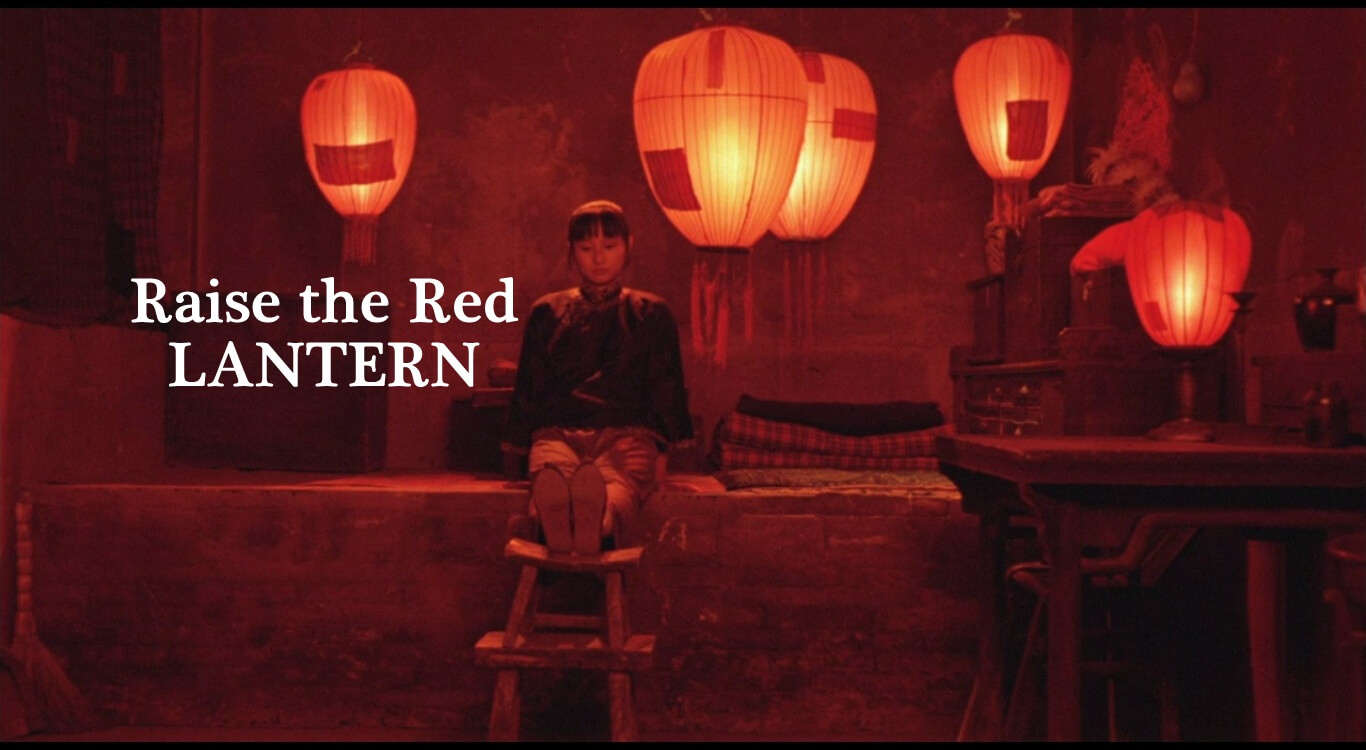 The Blue Kite is split into three parts, following the story of a Chinese family as they go through the Cultural Revolution. The story is told through the perspective of a small boy, who you can easily relate to and get very attached to by the end!

A lot of this movie is centered around family, so lots of the dialogue involve family members chatting together - meaning that it is great for beginners and you can learn some great basic vocabulary that you can really use!

If you like documentaries and are interested in recent Chinese history and culture, this one is for you. The documentary is set around the time of the Beijing Olympics in 2008 and follows three Beijing taxi drivers. During the lead-up to the Beijing Olympics, the city underwent many changes. You can see these changes happen and what effect they had on ordinary Beijingers.

You may already be familiar with the Beijing accent, or northern Chinese accents. This dialect is common in textbook recordings, etc. So this movie is perfect if you're worried about different dialects!

An adaptation of the 1990 novel Wives and Concubines,  this movie has also been turned into a popular ballet. It's one of the Chinese movies to watch - and for good reason. It's a decent watch.

It recounts the tale of a young woman who, upon the death of her father, became a concubine to an elderly but powerful man. It doesn't take long before she discovers that she must fight for her privilege and statues- against the other 3 wives. Every night the man decides who he will spend the night with by lighting the lantern of the wife of his choice for that night.

The story is complex and gives an interesting insight into the Confucian society.

This is one of those Chinese movies you should probably watch at some point anyway, The Last Emperor tells the tale of, believe it or not, the last emperor in China before communist rule. This Chinese movie was nominated for, and awarded, 9 Academy Awards. And for good reason. See it for yourself, and learn an important bit of Chinese history little-known in the West.

An interesting tale of two teenagers in Beijing from very different backgrounds, this Chinese movie explores many aspects of Chinese culture and society. Guei is from the countryside and comes to Beijing to make a living - he lands a job but his bike is stolen. Jian buys this bike at a second-hand market - and their two lives come together.

Another good one for the Beijing fans!

The Ex Files is a series of movies that deal with romance and heartbreak. With a great cast of current famous actors and actresses, and relatable topics for all of those heartbroken or in love... This series of Chinese movies is a great way to get into Chinese dating culture and learn some new vocabulary whilst you're at it.

I started at 前任 3: 再见前任 (Qiánrèn san: Zàijiàn qiánrèn). Mainly because this one popped up on iQIYI for me and I didn't realize it was part of a series. It is definitely my favorite out of the three and I'd even go as far as to say it's worth going through the other 2 (that aren't that amazing) to watch this final one - which did have me in tears.

For any Love Actually fans out there - I would definitely recommend this movie. Chinese people don't generally celebrate Christmas. Their version of Christmas is Chinese New Year - which is an arguably bigger celebration. This Chinese movie is set in a similar style to Love Actually with different intertwining stories - but it's set during Chinese New Year instead of Christmas.

A great insight into Chinese New Year culture, and what people usually get up to this time of year!

This Chinese movie follows the lives of a man and a woman - how they get together, break apart, and how their future together turns out. It is set in two different timelines. Black and white portrays the past when they first get together as teenagers, and the present is in color.

Get the box of tissues ready - it's a sad one! You can really get on the same level as these down to earth characters who are just trying to make a living to survive.

A great modern Chinese movie showing the problems that come with using your phones too much. If there's one country that could do with putting their phones down at the dinner table, it's China. Often you will see families and couples out at restaurants - none of them talking, all engrossed in the latest social media trends.

This Chinese movie plays with the idea of being able to let other people enter the privacy that is your mobile phone device - so you can hide nothing! This is one of the best Chinese movies to learn Chinese since it uses simple, every day spoken Chinese, and is a great insight into Chinese culture.

One for the hopeless romantics! Woman seeking love finds the man of her dreams, and they start their life together..! An everyday vocabulary film that's an easy watch and without too many specialist vocabulary items that will get you stuck. The movie is also available with English subtitles.

Using Chinese movies to learn Chinese is a great way to kick-start and speed up your language learning. Let us know if you have any other recommendations!