Today, we want to share the story behind the popular idiom “熟能生巧" (shú néng shēng qiǎo).

It is roughly translated as "practice makes perfect” in English. We have included both the Chinese and the English versions of the story below. 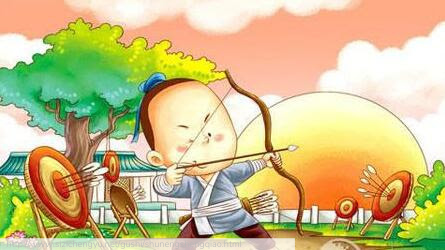 Long ago, there lived a man called Chén Kāng Sù, who was very skilled at archery. He never missed his target. Because of this, he was incredibly proud and often bragged about his ability. He thought very highly of himself. Some of the youth wanted to learn from Chén Kāng Sù and praised him every day, making him quite chuffed with himself.

One day, Chén Kāng Sù took an apprentice out to practice archery. Just then, an old man selling oil walked by and stopped to look.

Chén Kāng Sù raised the bow, mounted the arrow, fired ten arrows in a row, and hit the bullseye every time. The apprentice applauded him on the side. He turned to the old man and boasted: “What do you think of that?” The old man tilted his head but didn’t praise him.

Chén Kāng Sù felt uneasy and impolitely asked the old man, “Oi, are you able to shoot archery, old man?” “No.” “Then why don’t you think my archery is good enough?” “It is good, but your technique is ordinary, nothing to boast about.” Chén Kāng Sù got angry when he heard this. The old man said: “Young man, don’t get mad, I’m trying to be honest with you. Your skill is average, nothing to brag about.” Chén Kāng Sù found this unacceptable “Old man, you’re talking like you’re an expert. Why don’t you show us what you've got?” “Dear boy, I cannot shoot archery, but I can show you how to pour oil.” Everyone laughed at him. “Pouring oil…this is this all you've got? Who doesn’t know how to pour oil? Stop kidding around!” The old man laughed. “How about you see it before you judge?” 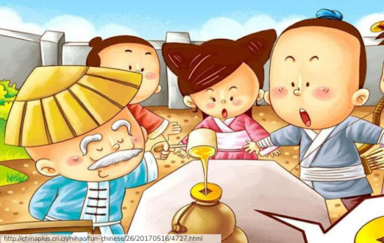 When the old man finished speaking, he took a gourd, put it on the floor, and put a Chinese coin on the gourd's opening. He scooped some oil up, looked right at the target, lightly tipped the spoon, and a thin golden stream of oil flowed into the gourd through the centre hole of the coin, straight as an arrow. Not one drop of oil landed on the coin when he was done.

The old man was very modest and said to Chén Kāng Sù: “This is also an ordinary skill. It's also the logic behind 'practice makes perfect'.” Chén Kāng Sù heard this and was utterly ashamed. From that day on, he worked very hard and practised archery and never boasted of his skill. In the end, his character was as good as his archery.

shú néng shēng qiǎo means: Regardless of what you do, as long as you practice it earnestly and grasp the core logic, you’ll understand the trick and become incredibly skilled. 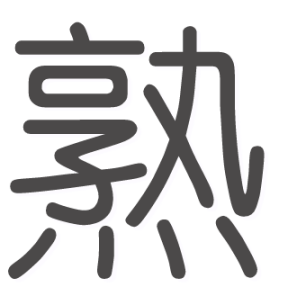 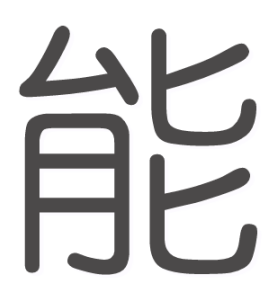 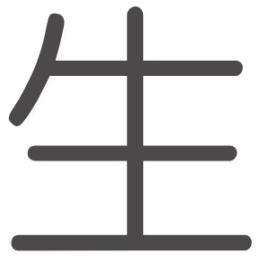 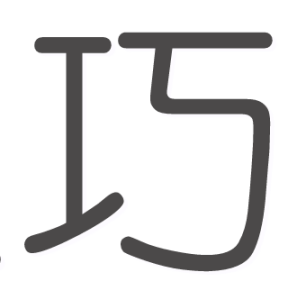