For such a concise language, Chinese does have some small ambiguities. These can make life difficult if you are a Chinese language beginner.

Here are nine characters in Chinese that mean more than one thing in English.

Have you ever seen the color drain from someone’s face when you say you have a question? That is because if you said

问题 could be interpreted as “a problem”.If you want to be extra clear that you have a question, try:

Rest assured that nothing hangs in the balance if you are unclear about “dress” versus “skirt”. (Unless you work in fashion, in which case, pay attention!)In most contexts, 裙 on its own means “dress”, while 裙子 qúnzi is used to clarify that a “skirt” is meant.

This pairing is a bit easier to differentiate, since there are fixed structures that determine whether the meaning is “laugh” or “smile”.However, if you are a Chinese language beginner, recognizing the structures may still prove difficult. Here are a couple for your reference:

This pairing is largely dependent on context. If there is a person involved, 声音 likely means “voice”:

As a bit more of an advanced example, “voice” can also be meant in the abstract sense:

The use of 声音 meaning “sound” is also pretty straightforward:

There is no way to distinguish whether you are discussing an “elevator” or an “escalator” based solely on “电梯”.However, there are a handful of other words that are used exclusively for either escalator (自动扶梯 zìdòng fútī “automatic ladder”) or elevator (升降机 shēngjiàngjī “raise-lower machine”).

In the modern era, you will likely know 青 from 青天 qīngtiān (a clear day), but originally 青 described color.I took a Chinese poetry course in university, and 青 was frustrating to translate. It was used to describe jade (green), sky (blue), grass (green), mountains (blue), and even cloth (black). Alternatively, it could also be translated as “verdant”.青 nearly drove some of my classmates to tears, but what color would the tears be then, hm?!?

怀疑 is a contranym (a word that is its own opposite). While in English, “to doubt someone’s story” and “to suspect the truth” indicate similar feelings, “doubt” and “suspect” themselves have opposite meanings.In Chinese, you can deduce which meaning is intended by context clues.

Growing up in the US, I knew that an air conditioner made the room colder. A heater made it warmer. That both could be just one machine was unthinkable. Yet in many buildings in China, that is precisely the case.In Chinese, 空调 literally means “air adjustment”, so it makes sense that a 空调 can adjust the temperature up or down.(Yes, that is exactly what “air conditioner” means in English, but in practical usage “air conditioner” has become synonymous with “cold”.)

If you are into watersports (or even if you aren’t), you know that a kayak and a canoe are different. Still, the differences are not so insurmountable that Chinese needed a different word for them.If you want to refer specifically to either a “canoe” or a “kayak”, you may need to describe in detail which you mean.

Even with sugar, spice, and everything nice, description is key. Do you want some fluffy white sugar in your hot chocolate? Or some funky-colored, spun sugar on a stick?You can’t go wrong with either, really.

We hope you found the above words interesting!

If you are a Chinese language beginner, also check out our blog on How to Say Thank You (Besides 谢谢).

If you are at an advanced Chinese level, test your knowledge of Chinese Slang. 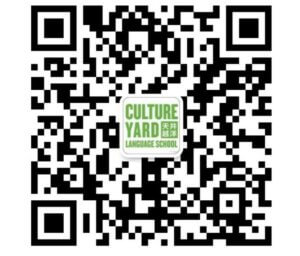