The Chinese Zodiac, known in Chinese as the 生肖shēngxiào, is comprised of 12 animals: rat, ox, tiger, rabbit, dragon, snake, horse, ram, monkey, rooster, dog, and pig. Like the western zodiac, each animal is meant to be representative of the character of people born in that year. But why do these animals feature in the Zodiac?

There are many stories purporting to describe the origins of the Zodiac, though one of the most popular is the story of the Great Race. Legend has it the Jade Emperor, ruling in Heaven, was creating a calendar and ordered all the animals to compete in a race. The first 12 to finish the race would become the Zodiac. 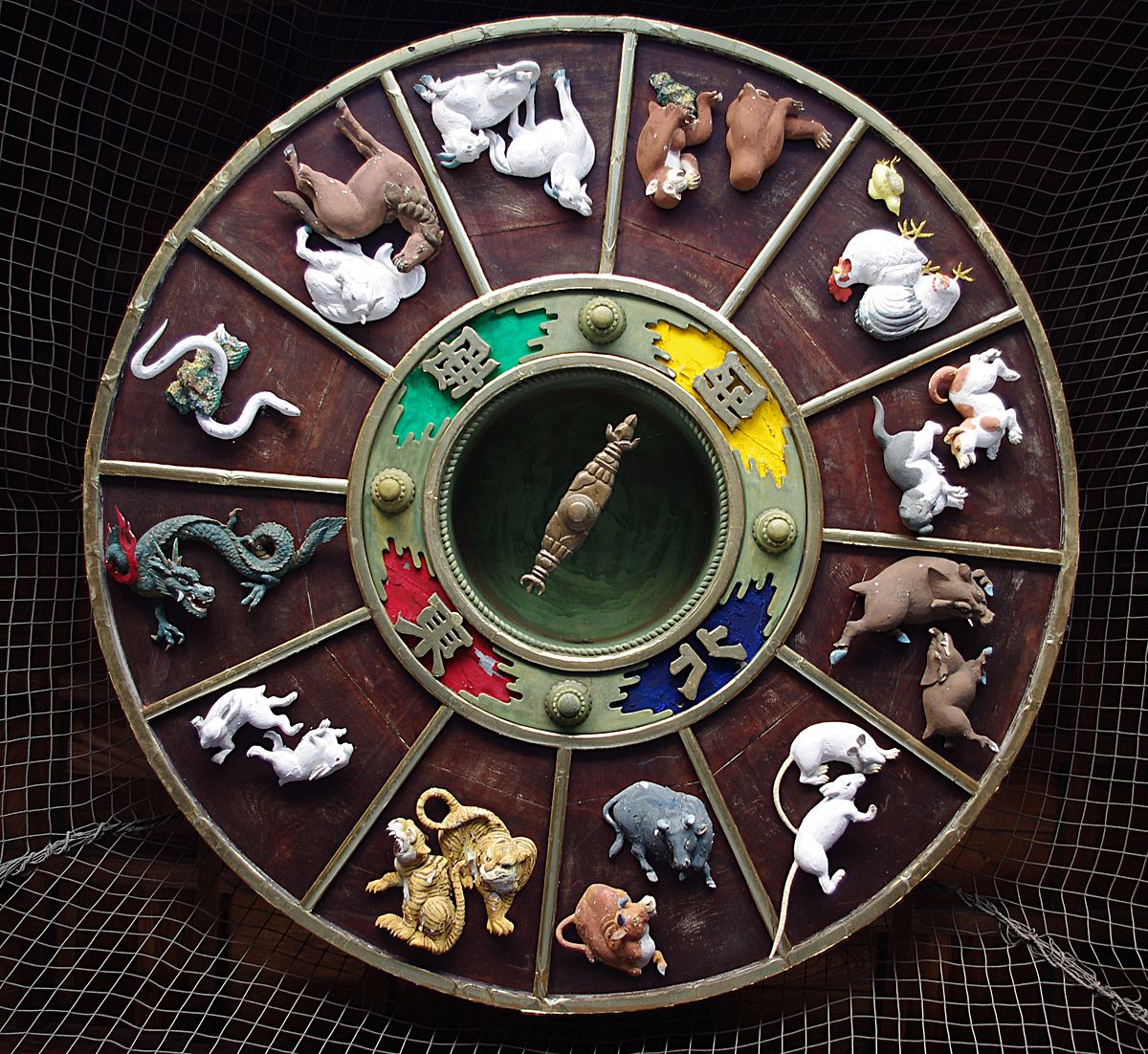 The animals were all very excited to participate, but the race would not be easy: to win, the animals had to swim across a large river. The Cat and the Rat were displeased, since both were poor swimmers.

“How shall we cross?” the Cat asked the Rat.

“We shall think of a way together,” the Rat replied. His words were kind, but the Rat was crafty. More than anything, he wanted to win the race and gain eternal glory.

Soon, the Ox came along. As he was wading into the river, the Rat called to him:

The Ox, a generous animal, agreed. Quickly, the Cat and Rat climbed atop the Ox and began to cross.

In the middle of the wide river, the Rat saw his chance.

“What is that there in the water?” he cried.

“Where?” The Cat leaned over to look. With a strong shove, the Rat pushed the Cat into the water and the current swept him downstream. 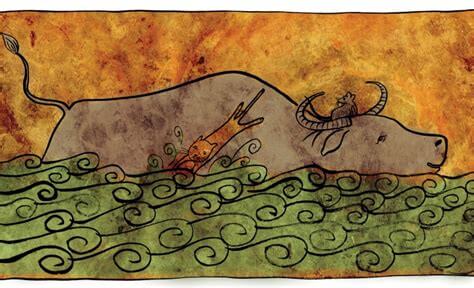 The Ox did not notice, but continued swimming until he reached the bank. Seeing the finish line just ahead, the Rat scurried to the Ox’s head and slid down his snout, beating the Ox by a few seconds.

There are many versions of the story of the Great Race, all differing greatly in their details. However, the common denominator remains that the Rat betrayed the Cat, resulting in the Cat’s omission from the Zodiac. To this day, the Cat has never forgiven the Rat and will continue to hunt him as punishment for his betrayal.