China is a big country. Travel throughout this vast and diverse country is totally underrated - and your experience can only be made better by enjoying Chinese travel on a Chinese sleeper train. Actually, sometimes you have no choice but to take one.

Whether train travel is for you or not, train travel throughout China is something everyone should experience at least once.

It's chaotic, organised, busy, clean, dirty... It's everything - and more.

How Does the Chinese Sleeper Train Work?

Chinese train stations can be pretty complicated. They're almost as stressful as airports and almost as busy. Depending on the city, it may be busier.

Once you've navigated through the train station, you'll board the train using your ticket and passport. Once you've found your bed, the train conductor will come and collect your ticket in exchange for your bed card. This bed card will be taken from you before you leave the train. This system works perfectly since you can never over-sleep and miss your stop - you'll be awoken about 30 minutes before your stop so the conductor can collect your bed card back and replace it with your train ticket. You may need this train ticket to exit the train station, so make sure to keep it!

It's best to buy some snacks or food in advance, but the train has trolleys that come through pretty regularly with various snacks, noodles, and beer.

If you fancy it you can also head to the dining cart which is usually located on one end of the Chinese sleeper train, just after the soft sleeper class. Here, they serve a fair amount of different dishes. The easiest to get is usually the set menu which involves rice, soup, and various veggies/fish/meat. This usually closes fairly early in the evening, so make sure to get in here before it does!

Top Tip: Depending on the size of the city/station, make sure you arrive way early! Chinese trains are like boarding a flight. You go through security and have to go through check-in. Get your passport and ticket ready. Don't bring any knives.

Is the Chinese Sleeper Train Safe?

You don't have to worry about any Chinese scams on the train and people will be generally nice and respectful - albeit curious about having a foreigner on the train and maybe wanting to speak with you - or have you enjoy some food and drink with them.

I have never had an issue leaving valuables on my bed while I go to the toilet or dining cart - but feel free to take them with you if you feel more at ease. Bigger luggage you don't need to worry about. Just tuck it away under the bed or on the luggage rails at the top of the Chinese sleeper train.

How Can I Book A Chinese Sleeper Train?

There are various ways you can book your sleeper train. 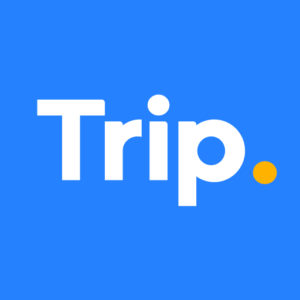 The cheapest way is at the train station. This can be difficult if you don't speak Chinese, and they can get pretty busy and hectic. If you have time to spare, this is the best option.

If you want convenience, using trip.com or the Trip.Com app is your best bet (previously known as CTrip). You can see how many tickets are left for the hundreds of trains that run throughout China every day, and check out the prices. Booking through this service is quick and painless, but they do charge a booking fee. You can then either get your tickets delivered, go to a special ticketing office, or go and pick up your tickets at the station before your train departure. (Be aware that if you opt for the last option, you may have to wait a long time.)

What Are The Different Classes of a Chinese Sleeper Train? 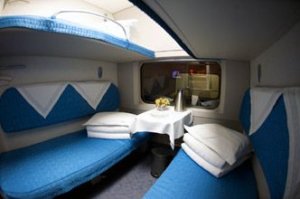 The 1st class sleeper, otherwise known as a ‘soft sleeper' on the Chinese sleeper train is the best it gets. You have your own “room” with 4 beds - so if it's just you, you may be sharing with 3 others. The door closes for privacy and you get your own hot water jug. 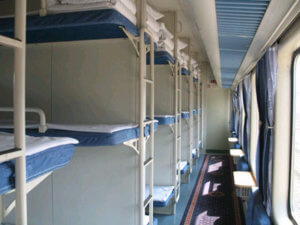 With the second class sleeper, you get the best of both worlds.

Tickets are generally fairly priced, especially if you buy them early. The hard sleeper is pretty fun, and an experience everyone should have when they're travelling China.

I used to love travelling on the hard sleeper. (And I have only chanced this to the past tense since I've ridden a Chinese sleeper train over 100 times and that's just about 95 times too many.)

But seriously, the Chinese sleeper train hard sleeper class is good fun. Especially if there is a big group of you!

The sections are divided into 6 beds - three on each side. A top bunk, middle bunk, and bottom bunk. It is long debated which bunk is the best to have - but I think it's personal preference. My favorite is the top bunk for privacy, but it's pretty frustrating climbing up and down all the time.

Can you actually get any sleep?

Despite the number of people sharing one carriage, you can get a decent night's sleep usually. All beds come equipped with clean blankets and aren't too hard. Lights generally go out at 10pm-ish, after which people quiet down. 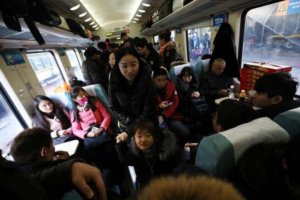 Advantages: Good mix of cheap and (dis)comfort
Disadvantages: Can get crowded.

Sleeper class on the Chinese sleeper train is just fine on a regular ride that isn't too long and not during a peak period. You may find an open seat or two next to you for you to stretch out, and there is a small table next to the window.

During busy periods, this class can get very full of those with standing tickets. If you're getting this train during Chinese New Year (Spring Festival), Lantern Festival, or other Chinese holidays - expect lots of luggage everywhere!

In the seating (or standing) class on the Chinese sleeper train, note that you won't be able to move into the sleeper area. If your friends managed to bag a sleeper ticket and left you behind - you won't be able to head down and see them. They can always move down to you, but they may not want to work their way through the busy seat-er class...

You generally don't want a seat for anything more than a few hours... Depending on how long you can hold out! Overnight, they're not the best. (But also not the worst.)

Advantages: Cheap. Pretty much always available during busy times too...
Disadvantages: Everything else?

A standing ticket is great for those buying last minute tickets. Those who want to save money. Those who don't mind crouching. Or those going short distances only. If you don't fall into any of these categories, you may want to re-think your standing ticket.

You will be standing in the seating class area, between carriage doors, and pretty much anywhere you can.

If you're lucky, you can grab an empty seat. At least, until it gets full again.

Top Tip: If you get stuck with a seating/standing ticket on a last minute Chinese sleeper train impulse buy, fear not! You can go to the conductor at the start of your journey and put your name on the list to be bumped up to a hard or soft sleeper. This system works when people don't get on their booked train and there is suddenly a bed spare. This list can get pretty long, so it can be a bit of a wait. Every time the train starts again from leaving a new station, go back to the conductor and see where you are at in the queue. Once there is a space spare for you he will call out your name, you pay the extra cost and bam! You're out of the chaos, into sleeper carriage bliss.
A word of warning; there will probably be many other Chinese people trying to do the exact same thing. Hundreds even, at busy times. It will be chaotic and you have to make sure to stand your ground at all times!

What Should I Bring for the Chinese Sleeper Train

Chinese sleeper trains have a lot on board themselves, but like spending the night anywhere, you're going to want a few essentials. Bring with you the bare minimum - there isn't that much room on the sleeper trains (especially if you're in 2nd class sleeper) and you won't want to be rummaging around your luggage all the time.

Top Tip: It's best to bring your luggage and have a bag at the top with your Chinese sleeper train kit.

This should include the following items.

Whether it's your first sleeper train or if you've been on many before, you can rest assured that a ride on a Chinese sleeper train won't be uneventful. Depending on your ticket class, you can expect a decent amount of comfort.

So embrace the Chinese sleeper train culture, hang out with the locals, and enjoy the ride.

Sign up for Chinese classes by scanning the QR code below or sending us an email at contact@cultureyard.net 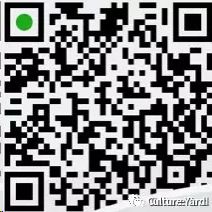 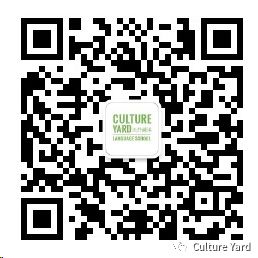