Namasté! If you’re considering taking yoga classes in Chinese, you may find it helpful to familiarize yourself with some Chinese yoga lingo.

Today, we want to help you expand your Chinese yoga vocabulary. It will help you to breathe and stretch properly and avoid any extra translation effort when you try to relax your mind.

First, let’s start with some background.

Nowadays, yoga is often practised as an art of healthy living, which is why it has taken China by storm. Originating from India, yoga has gained large popularity in the Western world since the 1960s and has started to become really trendy in China since the turn of the millenium. 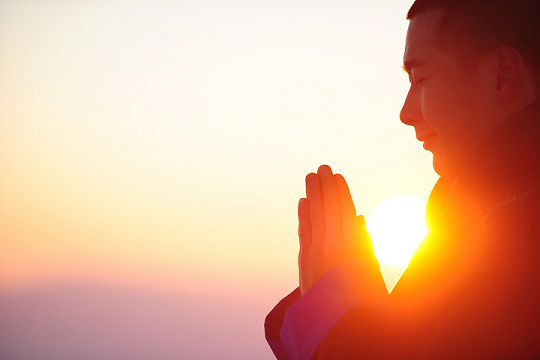 Namasté: The act of greeting someone with palms brought together as in a prayer. "Namasté" in Chinese is 合十 hé shí or 合掌 hé zhǎng

How did Yoga arrive in China?

Early introducers of yoga to China were Indra Devi, the first female disciple of famous yoga guru Krishnamacharya, who opened a yoga school in Shanghai in 1939 in the home of Chiang Kai-shek’s wife, and Zhang Huilan, also known as Wai Lana, the mother of Chinese yoga, who guided Chinese housewifes through an instructional yoga TV series on CCTV in the 1980s and 90s.

However, it wasn’t until the early 2000s that the first yoga centres sprung up in China’s big cities.

Nowadays, you don’t have to look far to find a yoga class in China that may suit you.

How do you say Yoga in Chinese?

瑜伽 yú jiā! The Chinese term for yoga is a loanword. It has simply been transliterated to sound as close as possible to the original word “yoga“. The word “yoga”, on the other hand, has Sanskrit roots and means “joining“ or “connecting“ your individual to the universal consciousness, creating harmony between body and mind, self and universe. 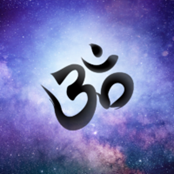 Om ॐ is a sacred sound and symbol; it is transliterated in Chinese as either 唵 ǎn or 嗡 ōng.

So, what are common terms you will find useful when doing yoga in Chinese? First of all, you will engage your entire body, so brushing up on your body parts vocabulary will be a good idea.

Next, yoga contains a lot of breathing, stretching and moving in all directions. Let’s start with some basics:

Breathing is super important in yoga, as movements are often synchronized with inhaling and exhaling, and sometimes holding your breath:

Some other typical activities:

Yoga is a great workout, as you move in all directions:

And in synch with your moves, your eyes will follow:

Essential yoga vocab in a nutshell!

For a more practical approach, let’s look at the Sun Salutation, which is a well-known sequence at the heart of yoga. It is comprised of a series of poses that stretch and align the entire body while synchronizing your breathing with your movements.

The starting pose for yoga is called the Mountain Pose 山式 shān shì, in which you stand upright, feet parallel, with a straightened back. Breathe slowly and deeply. 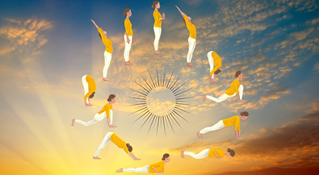 The Sun Salutation (拜日式 bài rì shì in Chinese, or Surya Namaskar in Sanskrit) literally means "salute the sun pose" and is made up of twelve individual poses (式 shì) which smoothly flow into one another:

Put your palms together, with your thumbs lightly against your chest, and look ahead. Breathe slowly and deeply.

Raise your arms over your head while gently arching back, inhaling. 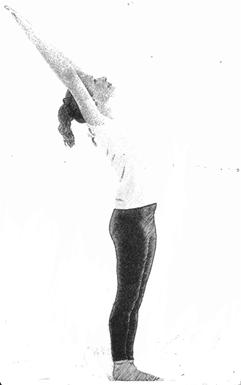 Bend forward and down with your arms stretched out, exhaling. Keep your knees straight and your head close to your knees. Breathe evenly.

Inhaling, lift your head and look forward. Ground your hands and take a big step back with the right foot. Roll your spine back and push your chest forward. 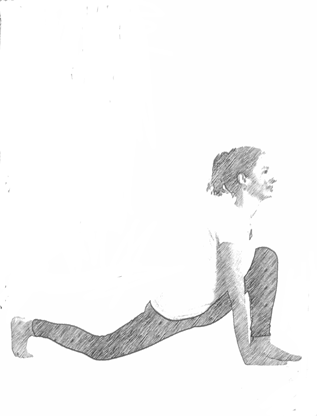 Bring your left leg back, coming into a plank position. Your hands are under your shoulders. Hold your breath. 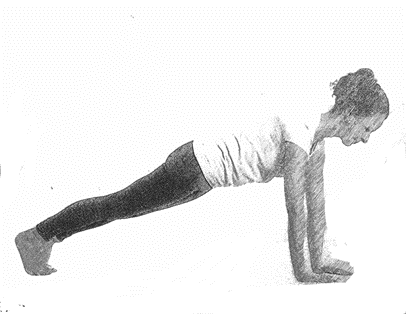 While exhaling, lower your knees to the floor and bend your elbows. Let your chest and chin touch the floor. You gaze down. 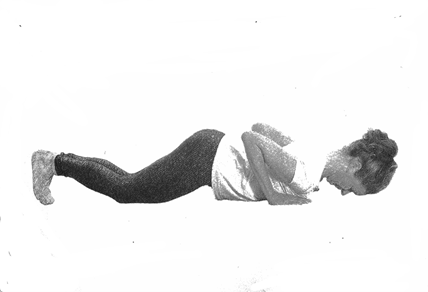 On your inhale, slide your body onto the ground and then forward and upward, coming into the cobra pose. Your head and chest are lifted. 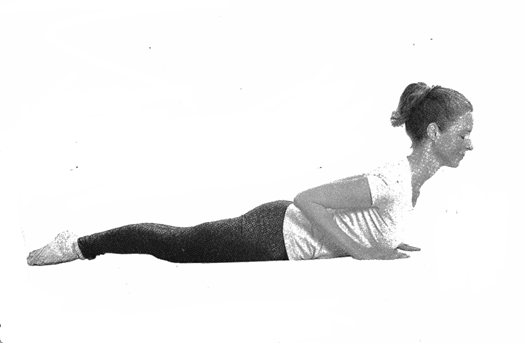 On your exhale, push the floor with both hands, move your hips back and up into Downward Facing Dog. Your chest moves towards your thighs. Stretch your arms. Press your heels towards the ground. 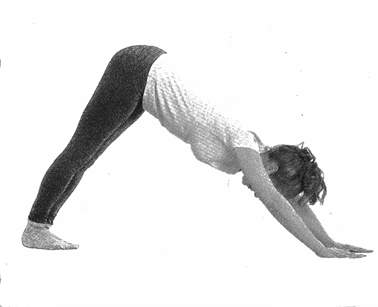 Inhaling, go back into the Equestrian Pose. Bring the right foot forward. Look ahead.

On your exhale, go back into Standing Forward Bend by stepping your left foot forward to meet your right foot. Straighten both legs as much as comfortable while bending down with your arms stretched out, keeping your head close to your knees.

On your next inhale, slowly unfold, lifting your arms over your head while gently arching back.

Exahling, put your palms together, with your thumbs lightly against your chest, and look ahead.

If there is a Sun Salutation, there is of course also a Moon Salutation, and lots of other yoga poses, too! There are different styles of yoga and plenty of yoga equipment that you may need, depending on what type of yoga you practice. If you want to learn more yoga lingo in Chinese, message us to let us know!