Today, we want to share the story behind the popular idiom “刻舟求剑” (kè zhōu qiú jiàn).

It is roughly translated as "being stuck in your ways” in English. We have included both the Chinese and the English versions of the story below. 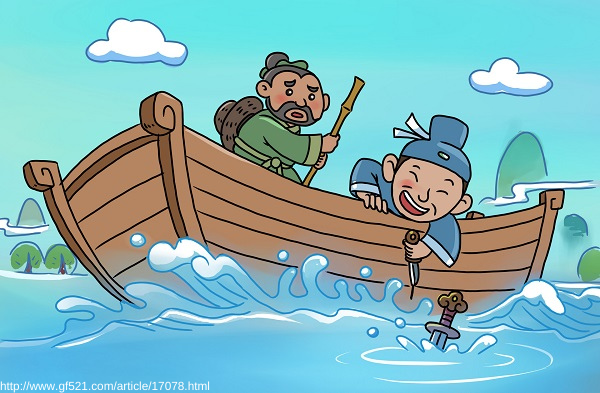 Long ago, there was a man from the state of Chu who adored his sword. He took it with them everywhere he went. One day, he was crossing the river on a ferry. Towards the middle of the crossing, he suddenly realized that his sword had slipped into the water! He wanted to grab it, but it was already too late! The others on the boat were frantically trying to help him, urging and shouting ‘Quick! Jump in and grab it!’

But this man was not panicked at all. He simply pulled out a small knife and made a little mark on the boat. The others on the ferry thought this was very strange and asked him: ‘Why aren’t you going into the water and finding your sword? What did you carve a mark onto the boat?’

He pointed to the mark he made on the ferry and said confidently: ‘Don’t worry, this is where I lost my sword. When I’m back on shore, I’ll start looking from here.’ 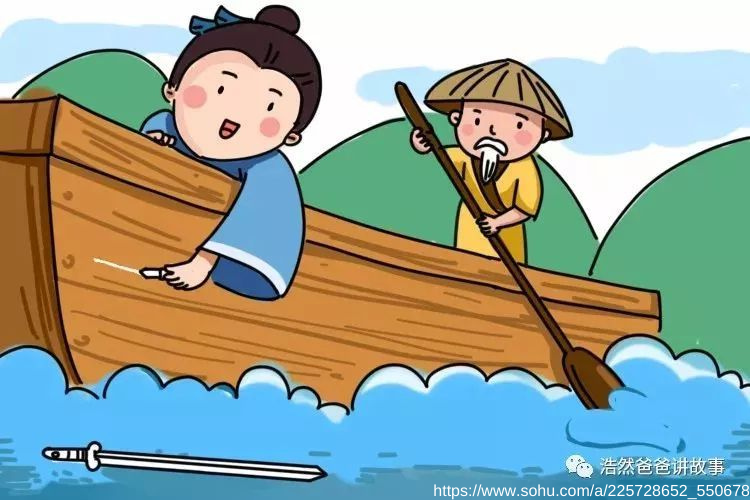 As the ferry sailed away, it grew farther and farther away from where the sword fell. An hour later, the ferry finally arrived at the far bank of the river. Then, this man jumped into the water where his carving was and began looking for his sword. But how could he find it?

He searched for so long beneath the ferry, but his sword was nowhere to be found.

This idiom tells us that we are destined to fail if we stay rigid and don't look at problems realistically.

‘Carving a boat to find a sword’ means to carve a mark so that you can find the sword. (But of course, you’ll never find the sword that way!) So this idiom is a metaphor for when someone does things rigidly and refuses to change with the times.

For example, when situations change, to ‘carve a mark on a boat to find a sword’ will be the greatest roadblock.