Today, we want to share the story behind the popular idiom “三人成虎” (sān rén chéng hǔ).

It is roughly translated as "Repeated lies become fact” in English. We have included both the Chinese and the English versions of the story below. Now, let's find out what it really means… 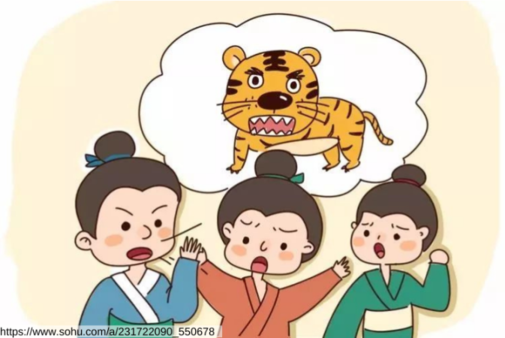 Páng Cōng pressed on with his question: “If there was a third person in town who said there was a tiger, would you believe it then?” The Wei King responded: “Well, if that many people said it, then there might really be a tiger, I might believe it then.” Páng Cōng asked: “Everyone knows that there is no way a tiger would storm into the town centre, but because these three people said it, it really seems as if there is a tiger in the town centre. Using the same logic, when I arrive in the Zhao state, there will be many people there who aren’t happy with me. They might be bad mouthing me to you. I wish you would think carefully and know your facts. Please don’t blindly listen to those around you. “ The Wei King reassured him: “This I’m clear on, don’t worry.” 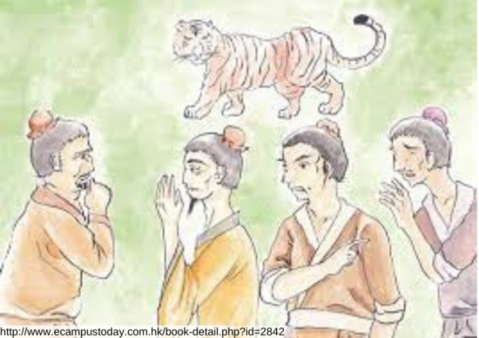 This idiom tells us that when we tell people something, we should be factually correct. You have to research carefully and analyse what you know. You can’t easily believe those around you; otherwise, you’ll make a rumour come true.