Today, we want to share the story behind the popular idiom “指鹿为马” (zhǐ lù wéi mǎ).

It is roughly translated as "misrepresenting facts” in English. We have included both the Chinese and the English versions of the story below. 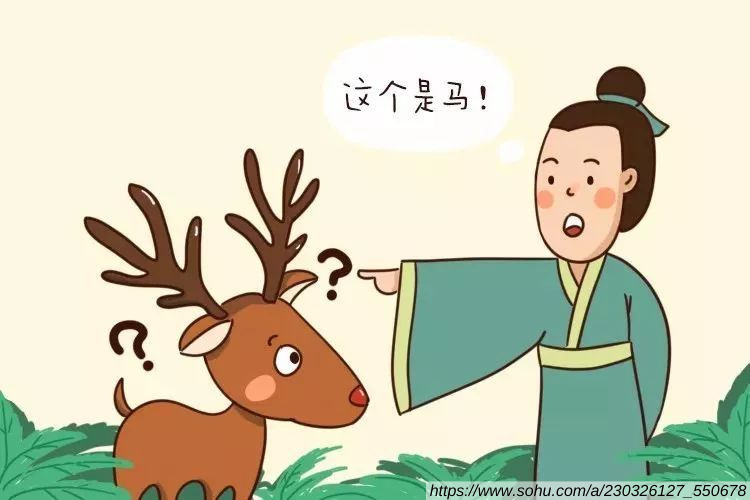 Long, long ago, Zhao Gao wanted to overthrow the throne. But he wasn’t sure how many people in Chao Zhong supported the king and how many would oppose him. So, he came up with a plan that will show off his prestige and make the opposition think twice.

One day at the royal court, Zhao Gao asked someone to bring in a deer. He said to the king: “Your majesty, I present to you a fine horse.” The king took one look and laughed, saying to Zhao Gao: “I think you are mistaken; this is a deer. How did you think this was a horse?”

Zhao Gao insisted, saying: “Your majesty, please have a closer look. It definitely is a valiant horse.” The king looked at the deer again and asked hesitantly: “Then why does this horse have antlers?”

Zhao Gao turned around and pointed at all the members of the course, shouting: “Your majesty, if you don’t believe me, then ask your court officials.” 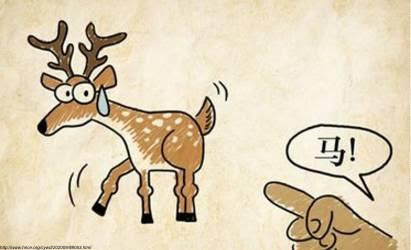 The court officials were confused by Zhao Gao’s words and thought to themselves, Isn’t the difference between a deer and a horse obvious? But when they saw the menacing smile on Zhao Gao’s face, the officials suddenly understood his true intentions.

Those who were cowardly and with a strong conscience bowed their heads and were too frightened to speak. If they lied, they would be letting themselves down, but if they spoke the truth, they might end up being killed by Zhao Gao. Some headstrong, honest officials insisted that it was a deer, and not a horse. Some who supported Zhao Gao immediately said, “That definitely is a horse!”

In the end, Zhao Gao noted those who objected him, and killed them through various ways.

指鹿为马的意思是：指着鹿，说是马。 This idiom literally means someone who points to a deer, calling it a horse.

比喻故意颠倒黑白，混淆是非. It is a metaphor for when people intentionally confuse things and insist that something is correct when it is not.

Want to learn more Chinese idioms? We have more in store!

刻舟求剑 - Being stuck in your ways

乐不思蜀 - To forget where you came from