Tourists fall victim to scams all over the world. Chinese scams are no different. As people travel more, scammers seem to be getting more clever with what tricks they pull - at the same time as tourists becoming more and more aware. Scams are constantly changing and developing - but as long as the scam keeps working, they will still be around.

Chinese scams have developed and changed over the years - but there are still some golden oldies that seem to have stuck around. Mainly because they still work.

So whether you're heading to China for a holiday or you are planning a move there, make sure you get yourself clued up on some of the most common Chinese scams tourists fall for - and make sure you're not the next victim! 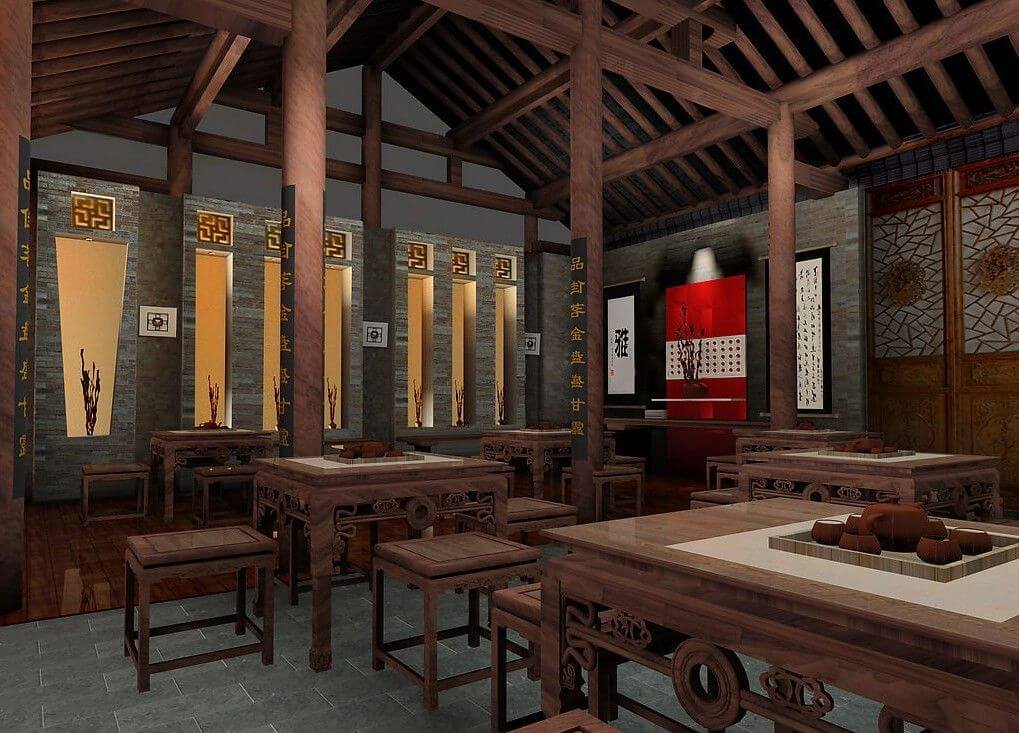 Ah, one of the most infamous Chinese scams. Old but gold.

The concept works in a similar way for both of these scams.

The target is usually young foreign male tourists. One or two young, student-y Chinese ladies will approach the man in a friendly manner and strike up a conversation. They will find some kind of common ground to build up a rapport; "Oh, you're from London? My sister is studying there!" etc, then when you're least expecting it will come out with:

"I know this great place nearby. Do you want to enjoy a traditional Chinese tea ceremony?"

There are many variants of this, but it is always pretty similar. Sometimes they will ask to practice English with you - a fair exchange. You learn about Chinese culture, they practice their English!

After you enter the tea house with them, your new friend will suddenly disappear off to the bathroom and... not come back. You're then left to clear a sometimes very hefty bill. If you don't pay, there's always a few other "friends" that look intimidating enough to just make you pay and get out quickly.

The art house Chinese scam works in a similar way, but instead of drinking expensive tea you'll come out with some conveyor belt overpriced artwork.

Not everyone asking for tea in China is a scammer. To avoid this, you can test the water and see if they'd be up for going to a different place you know instead. They'll either lose interest or not.

You nabbed a cheap tour of Beijing? What luck! Oh, but you spent half of the time in tourist shops looking at jade, then your guide disappeared...? Huh, I've heard that one before...

This Chinese scam works pretty simply too. Someone will reel you into buying a tour with crazy cheap prices. Almost too good to be true! Well, that's just it. Too good to be true. Once you have paid for this tour (often fully in advance) you will start your tour of the areas most popular shops... Then your guide may eventually disappear. Leaving you perhaps a tad lost, and frustrated, in the middle of Wangfujing in Beijing.

To avoid this, make sure to book through trusted travel agents, your hotel or hostel, or through word of mouth.

To me, this one is genius since you can make a lot of money in a very short amount of time.

How this Chinese scam works is that you will pay your bill to a taxi driver or a street vendor. They take your 100RMB note and swap it secretly with a fake. Then they will hand you the fake note back saying that it is fake and asking for another note.

There's a lot of fake money in circulation in China, particularly the 100 RMB notes. Even ATMs have been known to give out fake Chinese notes. And as a tourist, of course you trust a local more in knowing how to spot a fake note from a real one.

Annoyed at yourself for receiving a fake note and trying to give it to a taxi driver, you apologise and pay him another 100RMB. With this trick, he has instantly doubled your bill and turned his fake note into 200RMB. You're 200RMB down and are now stuck with an actual fake note - which no one will realistically take.

Common in South East Asia too, this is one of the Chinese scams common in bigger cities but also slowly disappearing.

It's pretty simple. A "monk" will ask for money (a monk generally never asks for money) and then pocket it himself or take it back to his crew. 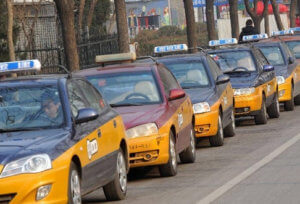 Taxis are avid scammers all over the world. Chinese taxis are no exception.

Taxi scams come in all different forms. In general, I'm just pretty wary of taxis wherever I am in the world. That is, if I'm not the Chinese version of Uber called DiDi.

"That hotel has burned down/closed"

Though this scam is less common nowadays with the omniscient internet, taxi drivers may tell you your hotel has closed down or burned down. The driver will suggest a hotel to take you to, from which he then gets a commission.

Double/triple the price in black taxis

Black taxis hang around in popular tourist areas, airports, and outside the club on a night out. They're not licensed taxis and often just have a red light at the front of the taxi. They will charge extortionate prices - especially if you're obviously foreign.

Charging a flat rate instead of using the meter

Registered taxis may also quote you a price before you leave which is way over what it would be if he used the meter. Make sure to ask to use the meter before getting into a registered taxi.

Above were the top 5 Chinese scams you're likely to come across as a foreign tourist in China. However, there are some other things to look out for in China! Plus, it's not just the tourists getting scammed - Chinese people will do a lot for money.

If you see someone being scammed or a situation escalating, do as the Chinese do: don't get involved. (Especially as a foreigner!) Getting involved will often result in you causing trouble for yourself - and if you get into an argument, police will often favor Chinese nationals over foreigners.

This is a popular Chinese scam admittedly getting increasingly less popular as people become more aware. People will jump out in front of cars or hide behind them when they're reversing and demand money for their "injury". These people will then get violent and intimidating if money isn't granted.

This scam involves somebody "losing" their wallet on the street. They will drop the wallet but empty the cash out of it beforehand. Then, when somebody picks up this wallet to inspect it, they will hone in on the un-knowing victim and ask for their wallet back. Upon seeing the wallet without cash, the scammer will then accuse the person of stealing the cash from the wallet. So as to not cause a scene or to avoid the situation getting any worse, the victim will often give in to the demanding scammer who gets increasingly pushy.

China is famous for its counterfeit products. These are often much cheaper versions of famous brands.

Getting ripped off by buying fake goods is something common that both foreigners and Chinese people come across in China. If something is unusually cheap, it's probably unusually cheap for a reason. If you buy something from a market stall, accept that it will probably be a fake, no matter how good a fake it is. If you're happy buying a fake, make sure you get a good price for it and bargain down!

Just like in pretty much every country, in China you will come across beggars or people selling goods on the street. This is a popular tactic in the busy Gongti night-club area in Beijing. Women and children will stay out until the early hours of the morning in the hope of enticing Chinese people or foreigners to buy flowers or balloons. Under the influence of alcohol or simply in the spirit of things a lot of the time people will buy these items. Be aware that people may be working for bigger gangs or organizations.

Make sure you don't get scammed: learn Chinese with Culture Yard!