What is the Dragon Boat Festival?

What is the Double Fifth Festival?

Fun fact: wǔ 午 in Duānwǔ jié 端午节 is the name for the fifth lunar month and is pronounced the same as the number “five” (wǔ 五) in Chinese, making the connection to the number 5 even stronger.

Why do Chinese people celebrate the Dragon Boat Festival?

Though the Dragon Boat Festival has several origin stories, the most popular one is that of Qu Yuan, a famous poet and minister in the Chu State during the Warring States period. When the Emperor of Chu decided to form an alliance with the Qin State, Qu Yuan opposed it; Qu Yuan was then accused of treason and exiled.

Many years later, the Qin State betrayed the alliance and seized the Chu capital. In despair, Qu Yuan threw himself into the river and drowned. During exile, Qu Yuan had grown close to the locals in the village where he lived. When they realized what had happened, the locals quickly jumped into their boats, racing to save Qu Yuan. However, it was too late. (This is said to be the origin of today’s dragon boat racing.)

Even after searching the river, Qu Yuan’s body could not be found. The locals then dropped balls of sticky rice into the river so that the fish would not disturb Qu Yuan’s body and would eat the rice instead. Legend tells us this is the origin of zòngzi 粽子 (more on that below). 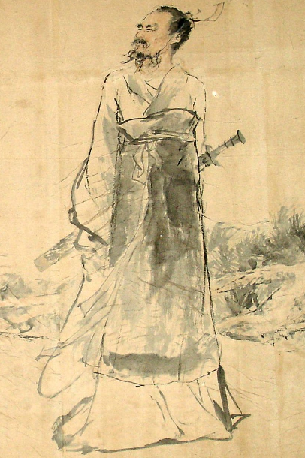 How do Chinese people celebrate the Dragon Boat Festival?

The fifth lunar month in which the Dragon Boat Festival falls is considered inauspicious. This is mostly because the wǔ dú 五毒 (“five dangerous creatures”), namely centipedes, toads, scorpions, spiders, and snakes, begin to emerge during this time due to the warmer weather. Therefore, people will hang wormwood and calamus around their houses to keep illness and the creepy critters away.

In addition, parents will make pouches shaped like zòngzi 粽子 (keep scrolling to find out more about these tasty treats) full of perfume or herbs for their children to ward off evil.

As we mentioned above, zòngzi 粽子 are a traditional Dragon Boat Festival food. They are made by stuffing sticky rice with fillings ranging from sweets such as red bean paste or dates to savory such as salted egg or pork. They are then wrapped in bamboo leaves and steamed. You’ll likely see sweet zòngzi in the north of China and savory zòngzi in the south.

What does the dragon boat symbolize?

According to legend, the dragon boat races originated from locals hurrying to recover Qu Yuan from the river. Since then, dragon boat races have been held every year to commemorate the poet’s death. The wooden boats are canoe-shaped designed to look like dragons. These boats may be crewed by up to 80 people. 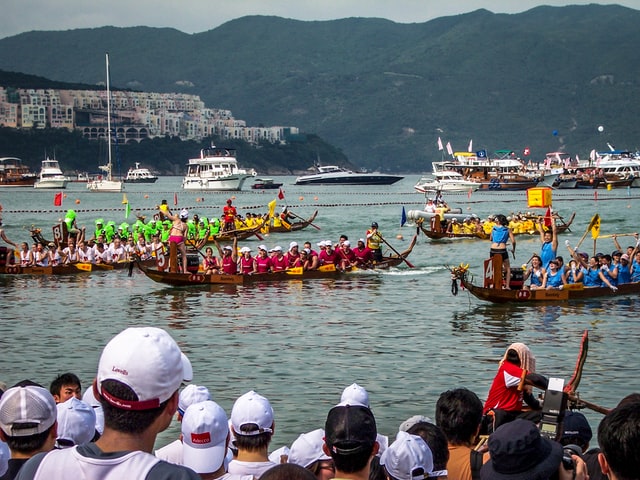 If you want to learn more about the Dragon Boat Festival, sign up for Chinese classes!